Soon after Palmerston North started as a European settlement, the Manchester Block was formed, land was surveyed and became available to settlers.

So Ashhurst and Bunnythorpe had their beginnings in the 1870’s, Early records are sketchy, but an Anglican layman read services in an Ashhurst home in about 1878. In 1892, the Parochial District of Pohangina was created, so named because the Pohangina River flows down through the Valley.
Gradually the Pohangina Valley was developed for farming , and little “villages” grew. Church ministered to parishioners in Awahou, Pohangina, Komako, Mt. Richards and Utuwai These congregations provided spiritual and social focal points. From two feet, to horseback, to horse and gig and later early model cars, country people made their way to these centres of worship.  Bridges built and improvements to roads especially after WW2 meant easier travel and the amalgamation of worship centre began. The Church of St. Bartholomew at Komako became more of a regional church in the 1960’s.

A little later, people from Pohangina and Awahou traveled on sealed roads to Ashhurst, leaving the Methodist Church in Pohangina to also develop as a regional church. All this reflects the changes in rural communities as farms become larger and service people tend to be in Palmerston North, Feilding or Ashhurst. Bunnythorpe closed as a church as parishioners joined with Ashhurst.  the years, this parish has firmly believed that JESUS IS THE GOOD SHEPHERD. We have been served by 19 under shepherds and also some shepherdesses!

We journey on, It is the people, people, the people who must praise Him and spread His gospel. 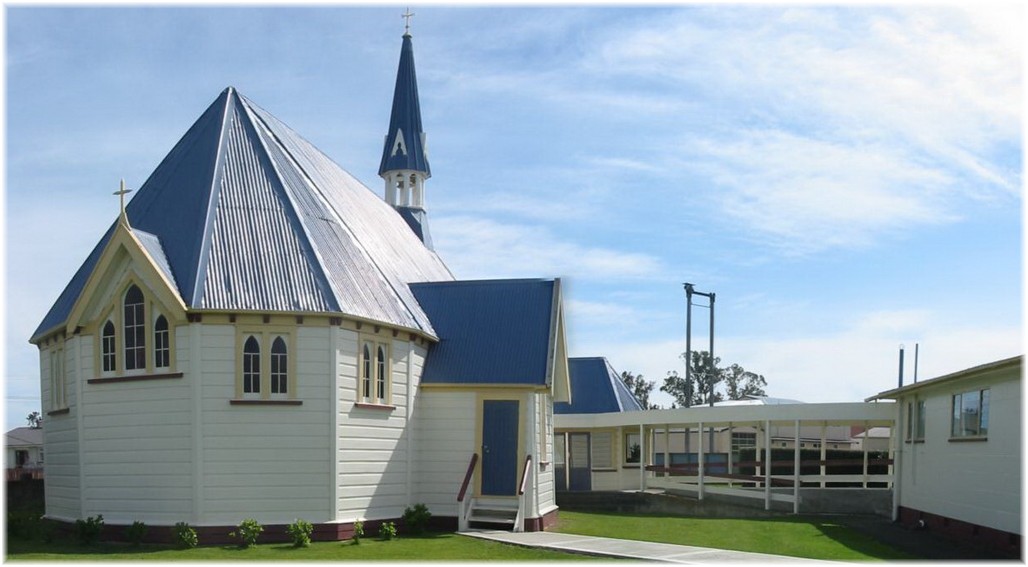